This advert has expired.
Here are some similar ads 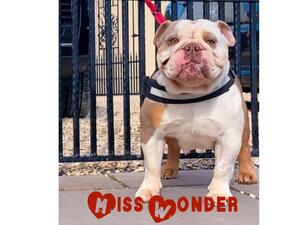 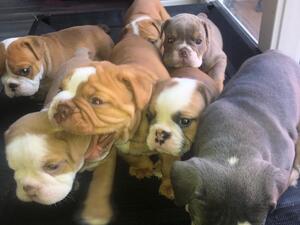 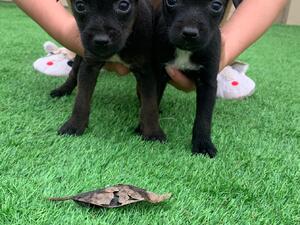 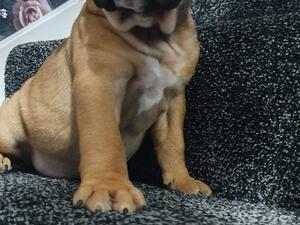 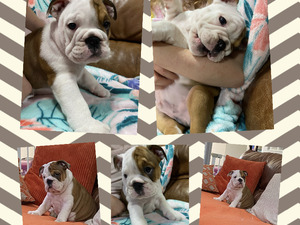 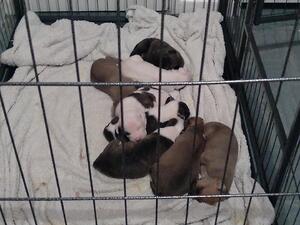 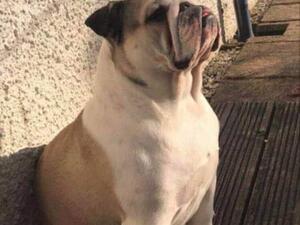 The basics
Hi to everyone. I have nine beautiful half English half Old English bulldogs for sale. Dad is a KC reg English bulldog and mum is a NBBR registered lilac Old English bulldog. They will come with NEBBR Papers. THEY ARE NOT PEDIGREE ENGLISH BULLDOGS BUT A MIX OF ENGLISH AND OLD ENGLISH BULLDOGS TO GET A HEALTHY ACTIVE DOG. They will have their first vaccination, microchip and have been wormed.. they will also come with some food and a care package which will include a handmade blanket with your chosen name that I make myself. Mum has had the best food and extra supplements to ensure she and her pups were born healthy. They were health checked at 3 weeks and will be again before they leave. There are five boys and four girls and we have some stunning colours and all the pups are chunky and beautiful, full of life. Each of the pups are different snd I can help you choose the one who fits best into your family. I have handled the pups from the very beginning and they are around other dogs. I’ve ensured they are socialised and used to all kinds of noises and situations so they don’t become fearful. I have put everything into these pups and so has their mum. She is very protective and nurturing and is teaching her pups everything they need to become well balanced family pets.
. This breed has something about them that steals your heart and you become so besotted you fall head over heals with them. Maybe it’s because they have such human expressions or because they are so stubborn and don’t do things they don’t want to. You know you have won them when they choose you as their person.